My aunt Cicely was singing in the kitchen. Of her love. At least, that’s what my mother said.

“For Uncle Jeremy?” I giggled. It was hard to imagine Uncle Jeremy as anyone’s love. He was old for one thing, almost fifty. And had very little hair and a lot of stomach. And only talked about how many dragons he’d slain in his video game.

Poor Aunt Cicely! To be married to Uncle Jeremy and love someone else.

All that summer we stayed with them, I often heard Aunt Cicely singing in the kitchen of her love.

I tried to catch the words but couldn’t make head or tail of them.

(Marie was my mother.)

I imagined her love – he’d be tall, with a blond mane of hair and one of those long low sports cars. He’d have a name like Gideon, or Hawk.

When I heard my lovely aunt singing in the kitchen of her one lost love, I felt so sad for her.

I was only ten at the time, but I decided then and there that I’d never be like my aunt. I’d never ever settle for less than my one true love, and he certainly wouldn’t be an Uncle Jeremy.

This is all years ago. Aunt Cicely is elderly and frail now, Uncle Jeremy gone. I’m almost fifty, still waiting to meet my one love, still refusing to settle for less, although there was one I might have… No! What would be the point of compromising, only to find one’s one true love later?

Recently my mother asked me to visit Aunt Cicely in hospital where she was recuperating after surgery.

I arrived with a large bunch of flowers and a bag full of goodies. Aunt Cicely made an effort to appear bright and perky but I could tell she was down in the dumps.

At some point there was a lull in our conversation. I wondered if it might cheer her up to talk freely – for once – about her one love. I have to admit I might have been thinking of myself as much as of her as I longed to know the story.

“What song was that?”

“You know, that one you sang in code. The song about your one love.”

I leaned towards her. “Spotted koi, light in the leaves, chocolate chip ice cream, buzzing…”

A light shone in her old eyes. I smiled at her eagerly and squeezed her bony hand. She remembered! Finally I would hear the story.

“…bees, my sister Marie in her yellow dress…” she warbled. She laughed. “That song. I haven’t sung it in years.”

“You know, your one love. The one you kept secret all those years.”

Her eyes traveled around the room. She looked at the bunch of flowers I’d given her. 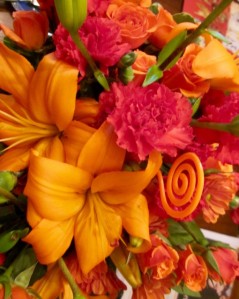 Her voice was getting stronger. Her eyes went to the window. “Bare branches in the breeze…”

She nodded at the women in the two beds opposite her. “Edith and Frances…” Then to the framed photo on her bedside table. “…my dearest Jeremy.”

“I’m so glad you came today. I’d forgotten what fun it is,” she said, eyes shining. “Singing the song of love. But – one love? Why did you think that? What would be the point of one love? The whole idea of the song of love is to think of as many of your loves as you can and sing all of them.”

“Bag of goodies,” she sang, rummaging in the bag I’d brought her. “Juicy grapes.” She stopped singing and her face crumpled with disappointment.

“What, no chocolate?” she asked in an aggrieved voice. “You know how much I love chocolate.” 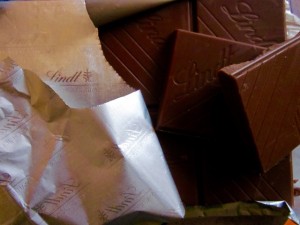 The heart sculpture: Three Hearts on a Rock, by Jim Dine, outside the Musée des Beaux Arts, Montréal.

Thank you for dropping by to read this week’s Blurt. It was inspired by the Daily Prompt’s Weekly Photo Challenge: One Love.