It was her vibrant contralto that made her such a valuable addition to the circus. That, and her winning smile and ability to transform into any form suggested by random members of the audience. Rock, waterfall, leopard, begonia, soup spoon… All was possible. (Once, to the audience’s horror, some idiot called out “skunk.”) 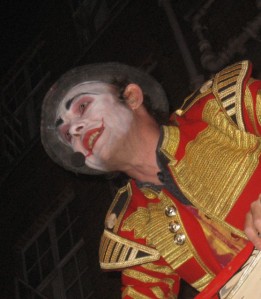 The Ringmaster permitted only three transformations a night. He felt more would be detrimental to her health. Transformation was an exhausting process, even for her, to whom it came so naturally. In any case, three, the Ringmaster maintained, had scientifically been proven to be a lucky number.

Not so lucky if you were Snow White, argued one of the tightrope walkers, but he was well known as a troublemaker, and we all knew that story turned out fine in the end.

The little boy should never have been admitted. Everyone is now agreed on that, even if at first some said it was all her own fault. She’d always been able END_OF_DOCUMENT_TOKEN_TO_BE_REPLACED