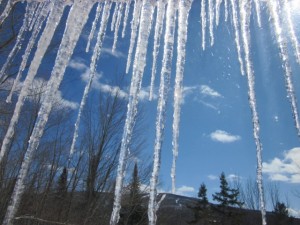 On the other side of the window, icicles, and beyond them, the children’s playground, white and desolate.

Old George shivers. He longs for spring, for crab apple blossom and tulips.

He longs for summer, for hot blue skies, for dahlias and peonies, for dragonflies, and ice cream cones that you have to eat fast, before they melt, for the shrieks and laughter of the kids playing on the swings and slides and splashing in the wading pool.

Instantly he thinks of typewriters and young women.

Specifically, of the young women in ‘the pool’ as they called it in those days. ‘Girls.’ That’s what they were then.

Long ago, yes, but he still remembers lifting the receiver of the black phone, waiting for the dial tone, listening for a moment to the muffled laughter and clacking typewriters at the other end, then saying those magic words: “Miss Ellis, please send someone up from the pool, would you?”

You never knew who you’d get – there were six young women – girls – and you weren’t allowed to specify. You never said “Miss Ellis, please send Marjorie up here,” even if that was what you longed to say.

He wouldn’t have called her Marjorie of course. “Miss Benson,” he would have said, if he’d been allowed to ask.

Sometimes, before calling down, he’d hover in the corridor, checking which of the girls was already busy. He’d hear a voice (“Responding to your communication of January 5th, I would most respectfully…”) and listen intently as though it was possible to tell from the scratching of pencil on pad who was taking dictation.

Or a door would open and someone come out, one of the girls, and he’d step back, nod, avert his eyes to the dull green carpet. Heart thumping, if it was Marjorie. Then he’d know there was no point calling down because Marjorie would be busy typing up what had been dictated to her.

Just his luck to get the red-haired girl. With her brassy bold ways he was surprised she’d lasted so long. She wasn’t polite and respectful like the others. She’d stare at you, making you look away first. Making the words you wanted to dictate go clear out of your head. That little smile on her face – nothing that could be named, nothing that she could be reprimanded for, but which, he knew, was a challenge. A challenge or an invitation – he was never sure.

Morning, Mr. Tryl, she’d say, that wicked smile on her face, and close the door behind her, sit down on the chair and cross her legs, skirt riding up her thigh…

Old George shuffles over to the cupboard for a hot water bottle. Summer! If only it were summer again! 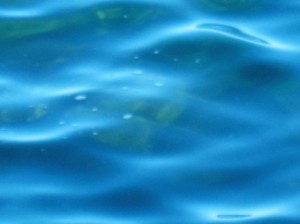 2016 is my Year of the Blurt: each week I’ll take advantage of an odd spare moment or two to write something very quickly. Probably the blurts will mostly be fiction, but who knows! Will I be able to meet the challenge of posting one every Thursday through the year?